By choosing Organika, you're helping the Amur tigers and other endangered rare species.

Are you of legal age?

You need to be 21+ to enter this site

By choosing Organika, you're helping the Amur tigers and other endangered rare species.

Are you of legal age?

You need to be 21+ to enter this site

Organika Vodka Makes a Splash, Signing a Three-Year Partnership with the Miami Dolphins and HardRock Stadium 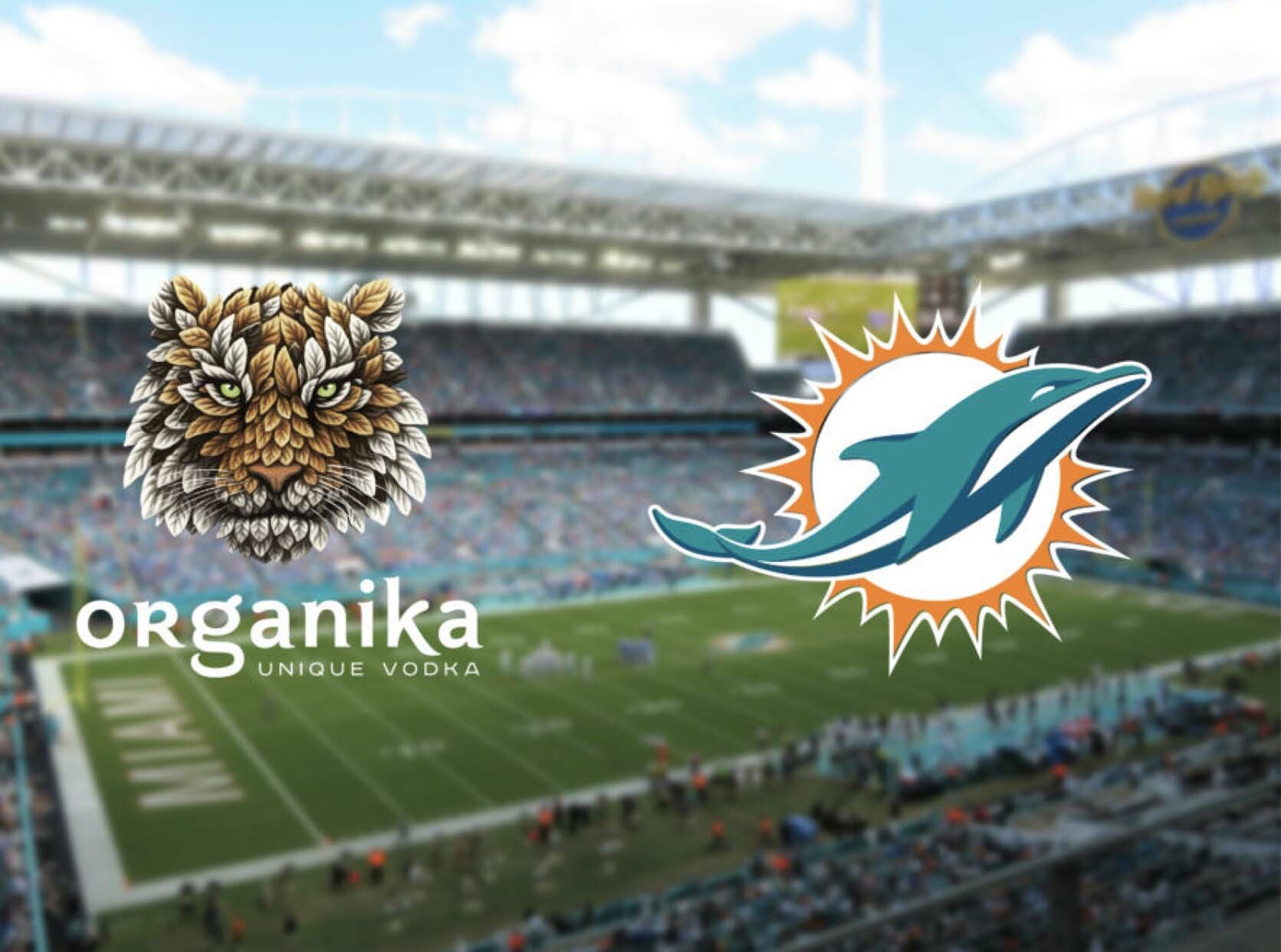 MIAMI, FL / August 17, 2021 / Organika is proud to announce a three-year partnership with the Miami Dolphins, introducing Dolphins fans and Hard Rock Stadium attendees to the cool, refreshing taste of bespoke cocktails for the 2021, 2022, and 2023 football seasons.

For a city that has no shortage of intrepid entertainment, Organika promises to be a spirited addition to the Dolphins’ home game experience at Hard Rock Stadium as the new go-to well vodka. Attendees with club seating or suite access will also have exclusive access to the award-winning Organika Life.

There were multiple ties to the Dolphin’s organization that drew in Organika as a superior partner. As Miami hosted Super Bowl LIV on Feb. 2, 2020, Hard Rock Stadium transitioned to aluminum cups for its spirits to reduce plastic waste. Organika with its new fully recyclable bottle will be featured in the stadium and will work in-step with the Dolphins to reduce the stadium’s overall carbon footprint.

“We are delighted to become the official partner of the Miami Dolphins, as we have a lot in common. Most importantly, we share the philosophy of working hard in the pursuit of leadership and permanent perfection of our craft.” – Organika

Game-goers will find the Organika mobile bar at the Southeast Entrance 100 Level. 200 Level Club and Suite guests will also enjoy a fully branded Organika bar. Organika advertisements will appear on digital banners throughout the stadium, and fans anywhere are encouraged to follow on social media for Dolphins x Organika exclusive content.

Organika is honored to represent such a historic franchise.

Organika is an authentic Polish vodka that is distributed in 19 countries around the world. Organika features three cornerstone products including Organika, Organika Life, and Organika Truffle. Organika is dedicated to the conservation of rare and endangered species of animals, contributing over 1% of annual proceeds to partner conservation organizations such as the World Wildlife Fund, the Amur Tiger Center, and many others.

Organika Vodka - now in Total Wine
Organika Vodka is now available at Total Wine & More — the largest independent retailer of fine wine and other spirits in the US that operates 229 superstores across 27 states and continues to gro ...

MIAMI, FL / October 6, 2021 / Organika Vodka is proud to announce a new partnership with Breakthru Beverage Group, a leading North American beverage distributor with operations and affiliates in 14 U. ...

The philosophy of Organika is built upon three basic principles: highest quality, all-natural ingredients and support of rare and endangered animal species, such as the Amur tiger and the Snow Leopard ...